Bad advice is like a stomach flu in a small home. Sooner or later, everyone gets it. But when it comes to bad home design advice, unfortunately it’s not just a 48-hour ordeal — it can drag through a lifetime.

Don’t get me wrong. It’s hard not to listen to your best friend, mother or uncle telling you what’s best for you and your home. Sometimes, though, you just have to take that advice in stride, kindly say, “Thank you” and then go with your gut.

We asked Houzzers what was the worst home advice they’d ever been given and, ironically, a lot of great advice got unearthed. The most important takeaway? “Whatever the worst advice we’ve been given, kudos to all who said no.” 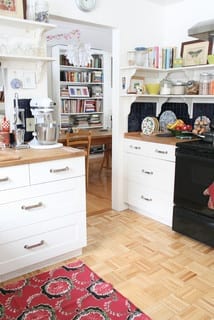 1. Learn two valuable words: “Um, no.” When someone suggests something to you, you might find that what you really mean to respond gets buried in formality and politeness. “Well, that’s a good suggestion. I see your point; I guess I could consider painting my fireplace, but let’s hold off on that for a little bit …”

Sometimes what you really need to say is flat-out, “Um, no. I don’t want that.”

When a house inspector suggested to badlelly, “Sure, the parquet floors are in great condition, but if I were you, I’d replace them all with some nice laminate,” the response was simple: “Uh, no.”

Suedee spoke a couple of choice words when a builder’s consultant said there was no need to add insulation to the interior walls for sound absorption, even for the wall between the main bathroom and the family room: “Um, awkward.” 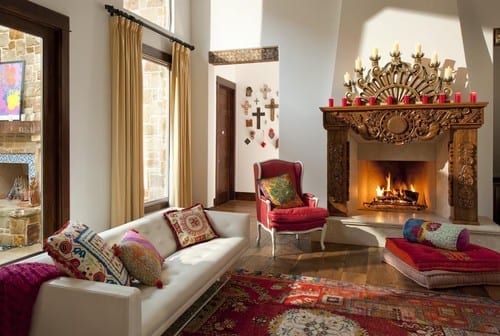 2. You definitely don’t have to listen to loved ones. Just like you have to find the strength to be curt, mastering the art of rejecting advice from the people you care about is key. Watch how it’s done.

“Hi, Mom! Good to hear from you. What’s that? I should install blue carpet like we had in our kids’ rooms growing up? Ha! That’s a great idea. We could pretend it’s shark-filled water in the living room when guests are over. I’ll keep that in mind. Anyway, I’ve got to go. Thanks for the suggestion. Love you! Bye.”

See how easy that is? The last thing you want is to be stuck with something you hate just because you wanted to please somebody else.

Take it from marthafish: “When house shopping, most of the houses I liked were near busy roads. The Realtor and my husband convinced me that I would get used to it and it wouldn’t bother me. And according to the Realtor, I wouldn’t hear it inside my house. Wrong! It drives me crazy. I can’t sit outside. New windows are on my list of home improvements.”

I’m sure indianpatti’s mom had the best intention when she phoned up to “express her extreme dislike for the drapes in my home. ‘You should get the European lace curtains like I have.’ OMG! Our home is modern. Lacy curtains? LOL!” writes indianpatti.

Jdingles learned the hard way. “Back in the ’80s, I had a gorgeous red velvet high-back chair. My friend said she hated it and that I should give it away. I did. Months later my chair was on the cover of an interior design magazine. The new owner described it exactly as mine and got it from my local goodwill for $10! She designed her entire room around the chair — just as I had imagined.” 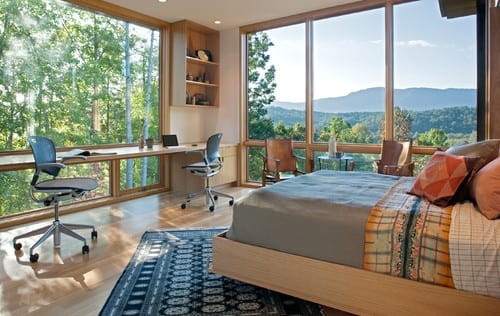 3. In fact, you don’t have to listen to anybody at all. There will always be people around who want to offer their two cents. By all means listen and take the idea into consideration, but don’t be afraid to employ the “Um, no” strategy (see point No. 1).

“An investor friend told us not to buy the home we were considering,” says LB Interiors.” It needed work, and most people could not see beyond what was not there. I saw its potential. We were young and were starting out with our first home. Wrong advice, as we live in one of the best areas and, with being artsy and creative, have made many worthy changes over the years. It was a great decision.”

A Realtor told jae_57 to list the house “at $40,000 less than what we wanted because the 180-degree view of the Sierra Nevada mountains wasn’t that big a deal. We didn’t do it. Sold in a matter of weeks for above asking.” 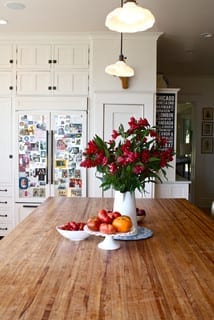 4. Pssst: You don’t have to like granite. No, really. You don’t. I swear. Do your own research on materials. You might find that quartz or butcher block (shown here) works best for your living needs.

“I was told I must get granite counters,” says Darzy. “No, I don’t. I love the uniformity and no maintenance of quartz.”

Closet Classics of Andover says the worst advice received was to “get black granite countertops. They are so hard to keep up with and keep looking clean. Even the slightest fingerprint or smudge shows up. I wouldn’t do it again.”

Spurfnickety also deflected the peer pressure about granite countertops and was happy to do so. “I have always loved soapstone. We installed soapstone and after seven years have absolutely no regrets.” 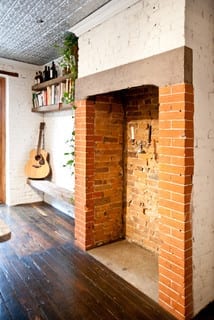 5. Newer isn’t always better. There will always be someone tempting you to rip up, pull out and replace with something newer and shinier. Trends come and go, but the past always has great character. Look at what you have, how it’s aged and how it has held up. You might find that what you have is the best you can get.

Bungalowmo knows this firsthand. “Worst advice: ‘You should rip out those old drafty windows and put in vinyl.’ Anyone who knows me knows what I did with that advice. And yes, I jiggled the handle afterwards.” 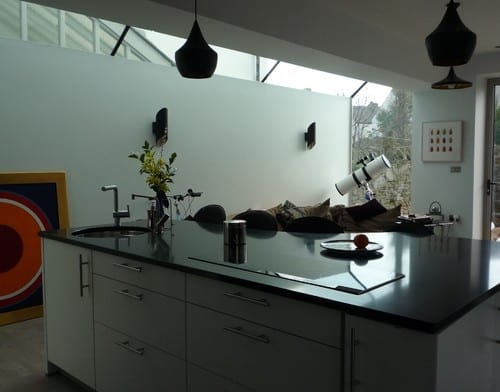 6. Don’t take the first no as your answer. There may be times when you’re told what you’re asking for just isn’t possible. But you might just have a contractor who doesn’t know how to do what you want, and instead of admitting this, will try to steer you in a different direction. In this day and age, almost anything can be done with the right professional and for the right price.

Luciana stuck with her dream and ended up with the kitchen she wanted (shown here). “The kitchen seller told me I couldn’t have a grand-piano shape for the island because most people like straight lines,” Luciana writes. “I couldn’t understand why he kept on refusing to even show me how it would look. I realized he actually didn’t know how to use his software to draw free lines. He only knew how to design a kitchen using the standard cabinets/appliances featured by his computer program. Luckily for us, a more computer-savvy colleague of his heard me insisting, realized the problem and showed him what to do.” 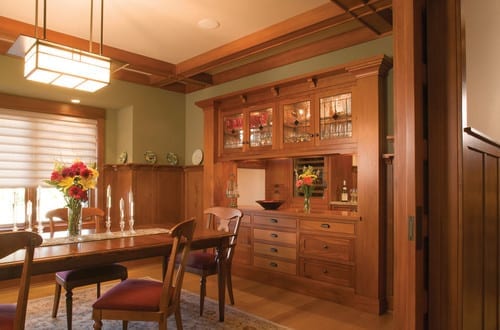 7. Never, ever let anyone touch that. Whether it’s a great view, an old floor with character or an architectural wonder, don’t let anyone talk you into taking away what you love most about your home.

ASVInteriors’ home has gorgeous views of a lake and mountains, but an architect suggested covering them up. “We detailed our plans carefully. He returned proudly with a plan that would have put up 2-meter by 3-meter glass panels in green, white and blue all around the sides and front of the house to effectively pen us in. That went nowhere,” ASVInteriors writes.

Take it from S. Thomas Kutch, too: “The worst advice ever was a kitchen remodel in a beautiful Craftsman-style cottage. The owners had contracted me to design and manage the construction. The finish carpenter they had brought on wanted to distress all the clear fir Craftsman woodwork in the house with a blowtorch to give it more ‘character.’ Hey, I was kind. I made sure he only hit his head once on the granite front steps as he tumbled down them.” 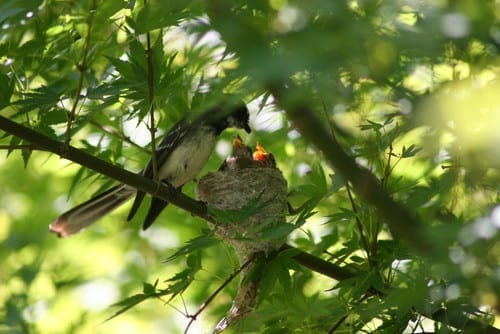 8. Guess what? You may be able to leave that tree just where it is. Why do people hate trees so much? Linda was told hers was too close to the foundation. “The tree was probably a hundred years old when the house was built, and that was 83 years ago,” she writes. “I am not about to cut down a healthy tree just because it has huge leaves that have to be raked. Not to mention the thousands of dollars needed to remove the tree and the thousands to add central A/C to replace the value of a permanently shaded roof.”

Donnamay53’s husband insisted they remove the Japanese maple tree in the back because it was blocking the view to the backyard. She convinced him otherwise, and last year a family of birds moved in and nested there for a few weeks (shown). “Are we glad we kept the tree?” she says. “You bet!”

Fondag wasn’t so fortunate. “I was told to sprinkle weed blast around the edge of our new fence. The very next day, the leaves began to fall off our beautiful silver maple tree, and within a week it was dead,” Fondag writes. “I was just sick. And by the way, it didn’t kill the weeds.” 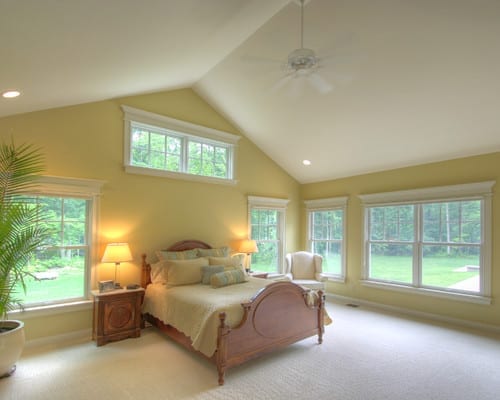 9. Don’t you dare skimp on paint. It’s no secret that a fresh coat of paint is a rather inexpensive way to make a space look great. That’s why it’s not wise to skimp on it.

Just ask Erin. A paint store employee convinced her to go with a cheaper paint. “Terrible advice!” she says. “The paint was horrible, and I was stuck with it because I already started using it. Never get cheap paint! Never!” 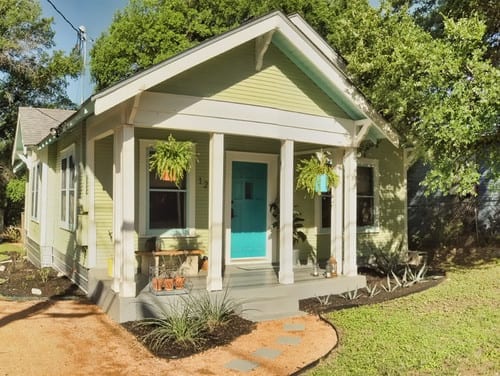 10. Don’t think bigger is always better. You might think more space will solve all your clutter problems, but you might find that you’ll just fill more room with more junk. You might want to reconsider your lifestyle before you jump at the chance to upsize.

For example, Amber was told she could never have enough bedrooms. If a three-bedroom house is good, then four, five or six must be amazing, right? “Yeah, I have used the extra rooms as guest rooms, sewing rooms, even a train room, but they end up as junk rooms!” she exclaims. “That extra box spring or old mattress? Broken chair that I should have thrown away? The boxes or art I am not currently using? They all go into those useless rooms that I pay to heat and cool. Now I’m moving into a three-bedroom. It’s just what we need, but I have a lot of junk to get rid of.”