Stains have made it very easy to color one type of wood to make it look like another kind. But there are two species of wood that really do look alike in their raw state: cherry and alder. Here’s how to tell the difference. 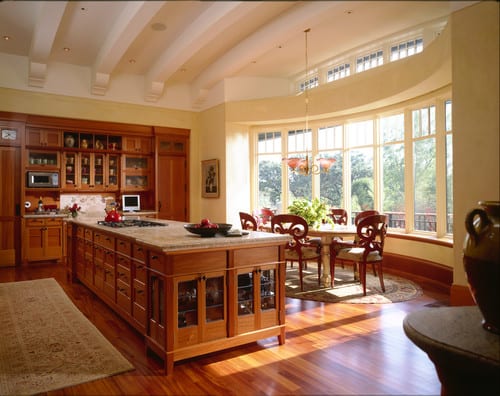 When you think of a cozy country kitchen, most likely you are envisioning warm-colored cherry cabinets. “Cherry was one of the most popular cabinet woods in rural areas throughout the country, because it was so widely distributed across the United States,” notes Andy Richmond, vice president and certified appraiser at Garth’s Antiques in Delaware, Ohio.

Yet there is another wood species that features a milder version of cherry’s reddish tones and grain patterns. Alder is affectionately referred to by woodworkers as “poor man’s cherry.” With a coat of finish, it can easily pass for cherry to less-discerning eyes. 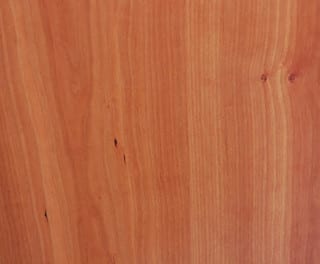 Cherry basics. When we speak of cherry, we are really referring to black cherry — Prunus serotina. A distinctive element of most cherry wood is gum spots, or pitch pockets. They’re short, black streaks that look like hardened resin deposits.

Sometimes cherry has pin knots — tiny brown circles that again add visual interest. High-end cherry is figured, meaning undulating rays of light seem to shoot across the grain, lending the board a shimmering depth. This radiant effect is called chatoyance. 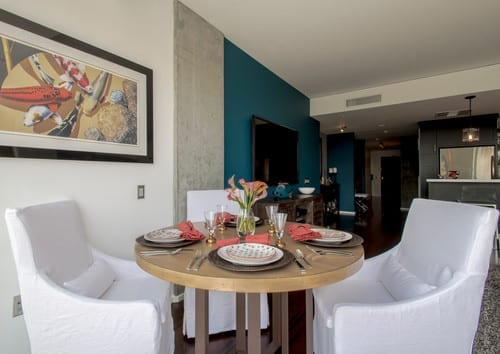 Alder basics. Commonly known as red alder, Alnus rubra grows principally in the Pacific Northwest, where it is the most commercially abundant hardwood. The consistent grain pattern and quiet coloration of alder is polarizing. Some people like it for exactly that reason, while other people find it boring. Alder can have pin knots, but it doesn’t have gum spots.

You’ll sometimes hear references to clear or knotty alder, but those are just general descriptions. “That’s not a grade,” says Walt Maas, manager of Bohnhoff Lumber in Vernon, California. “There are industry standards for grading lumber — like there are for grading meat. Each type of wood has its own specifications that professional hardwood lumber graders follow.”

This makes it easier to compare prices when shopping. However, Maas notes that some companies put their own proprietary grades on lumber, which makes comparison shopping more difficult. 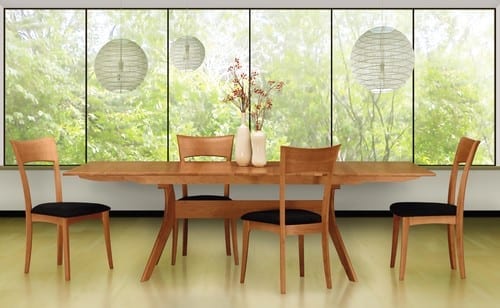 Differences between cherry and alder. There are three main differences. First, alder is significantly softer, so it weighs less. Second, alder is cheaper. And finally, alder has no sapwood, which is the creamy colored wood on the edge of a board. Like walnut, cherry is known for having a lot of sapwood. 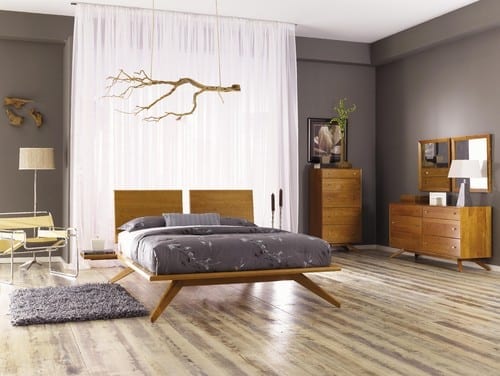 Cost. Cherry’s price is somewhat dependent upon the amount of sapwood. Most boards have more heartwood (the pinkish-red color) on one side and noticeably more sapwood on the opposite side. The percentage of each on a single board influences pricing. Another factor is board width. Wider boards of all species are more expensive. 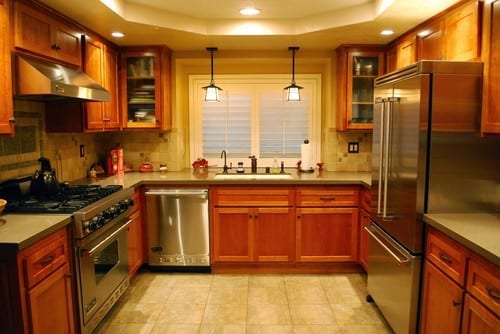 Color. While alder is fairly even in color, cherry’s basic red cast can have a whole spectrum of variations. This makes it difficult for woodworkers to color match the boards on large projects. Gene Leslie of Rancho Cucamonga, California (who made the cherry cabinets shown here) evened out the disparate tones by treating all the wood with lye to artificially age it while maintaining the clarity of the grain. Amateurs need to be thoroughly educated on this process before attempting it, however, since lye is highly caustic.

When making tabletops and cabinet door panels, woodworkers frequently cut off the sapwood to feature the prized heartwood. The sapwood is then used for the interior structures, especially in drawer construction.

Durability. Black cherry rates 950 on the Janka scale for hardness, which puts it on equal footing with soft maple but far below tougher hard maple (1,450) and black walnut (1,010).

Alder is rated 590, ranking it as a very soft hardwood, slightly above poplar (540). 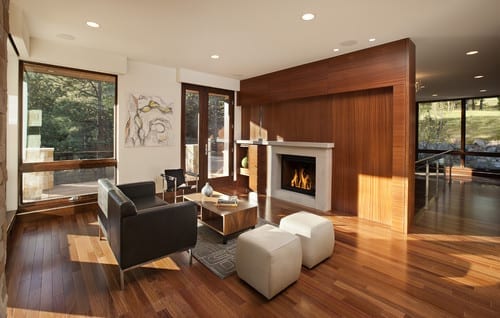 Not cherry. While there are no wood types erroneously identified as alder, there are several misnamed cherries. Chief among them is Brazilian cherry, also known as Jatoba. It’s an extremely popular flooring choice these days, not only because of its cherry-like color, but also because of its durability. Brazilian cherry rates 2,350 on the Janka scale. (Remember, hard maple is 1,450.)

Other woods masquerading as cherry are Patagonian cherry, Bolivian cherry and African cherry, which is also known as Makore. 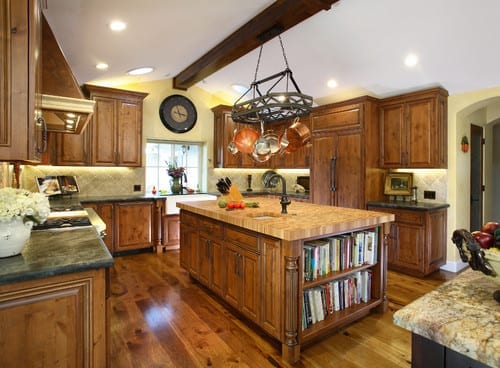 Finishing. Cherry and alder are both prone to blotching when finishing coats are applied. Again, some people accept this as a beautiful trait of real wood, while other woodworkers try every finishing trick in the business to minimize it. It’s a good idea to ask for a finished sample. 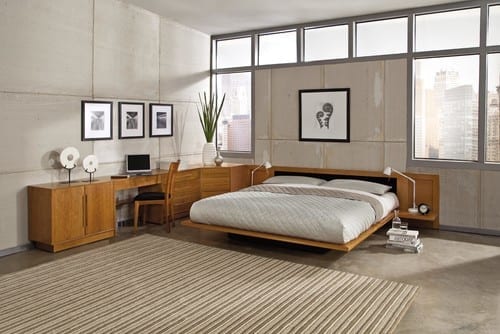 It’s also a notoriously UV-unstable wood, which some woodworkers use to their advantage. To quickly and painlessly deepen the color of some cherry boards, woodworker Gene Leslie intentionally leaves them out in the sun after milling them. 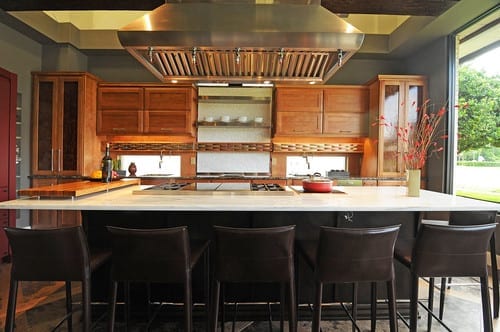 Sustainability. Domestic hardwoods have been endorsed by the U.S. Deptartment of Agriculture as a preferred green building material — in large part due to the responsible harvesting methods practiced by the American hardwood industry. The other important factor in the sustainability of American hardwoods is the minimal transportation requirements, compared to those of imported exotics.